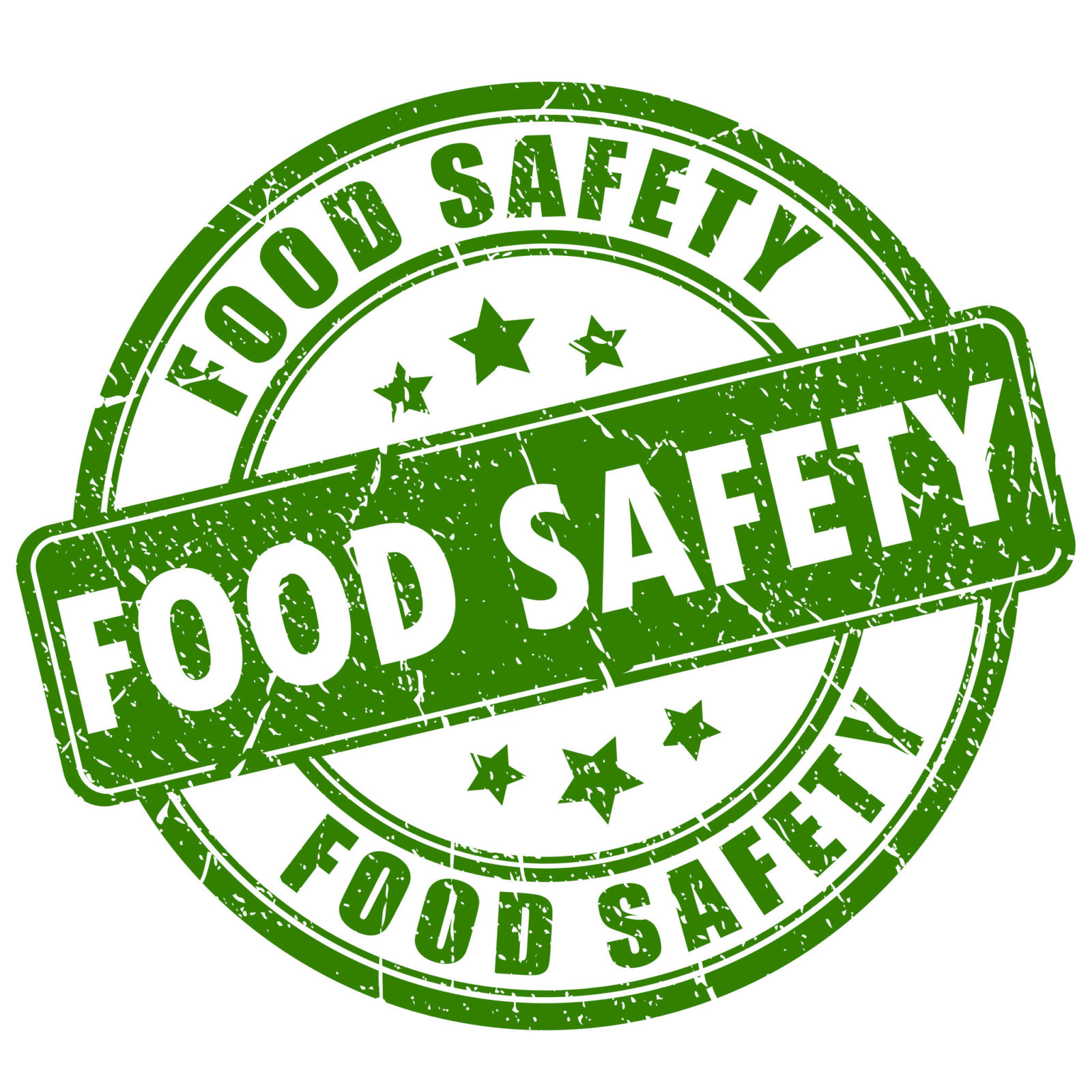 Food safety regulations contain several routines and discipline descriptions for preparation, handling, packaging, and storage of foods. Many food wrap films are composed of PVC (Polyvinyl Chloride)-based plastics that bleed additives and plasticizers when heated. In fact, food wrap films may directly contact food at elevated temperatures and volatile components from films can elute off into foods, causing adverse effects to the human body in prolonged exposures.

In response to the potential harm to consumers, the U.S. Federal and Drug Administration (FDA) created several regulations on the components of food wrap films that can indirectly contribute to food additives when the wrap films are heated. These regulations that ensure the elimination and inhibition of any wrap related foodborne illnesses make the analysis of thermal-chemical properties of food wrap films extremely critical for food production, packaging & container, plastic, food safety, and consumer goods industries. In fact, it is critical for food suppliers to accurately determine the temperatures at which volatile materials evolve from various food wrap films.

Today, more laboratories in food safety related industries are integrating Frontier Lab’s technology into their mainstream analytical protocols due to the advantages and immediate quality improvements this technique provides. The Frontier Multi-Shot Pyrolyzer coupled with a GCMS (Gas Chromatography Mass Spectrometer) system is the most viable and efficient technique for accurately identifying the thermal zones and volatile components of food wrap films. This technology provides scientists with the “method map” for identifying these indirect additives. The first step when developing the “method map” is performing Evolved Gas Analysis (EGA). This technique provides a clear picture of the sample’s composition by accurately identifying the thermal zones. The EGA thermogram is then used to determine the next step in the evolution of the analytical methods using the Multi-Shot Pyrolyzer which include Thermal Desorption, Pyrolysis, Reactive Pyrolysis, or Heart Cutting.

To demonstrates the capabilities of the Frontier Multi-Shot Pyrolyzer coupled with a GCMS system, one of the Frontier’s technical application notes related to food wrap films is provided in a shortened version.

To request the full technical application booklet and any other technical information about the Multi-Shot Pyrolyzer, simply contact us.

How to accurately determine the temperatures at which volatile materials/additives evolve from various food wrap films?

Some basic polymers and additives of various food wrap films as shown in table 1 below.

The wrap films made of Polyvinylidene Chloride (PVDC), Polyvinyl Chloride (PVC), and Polypropyrene+nylon (PP+nylon) were analyzed via EGA technique shown in Figure 1 below. To obtain the EGA thermograms, the pyrolyzer furnace temperature was programmed from 40°C to 600°C at the rate of 20°C/min. Abroad peaks due to volatiles from the films were observed in 100 to 250ºC range. The elution temperatures of volatile components and their percentages against basic polymers were found. 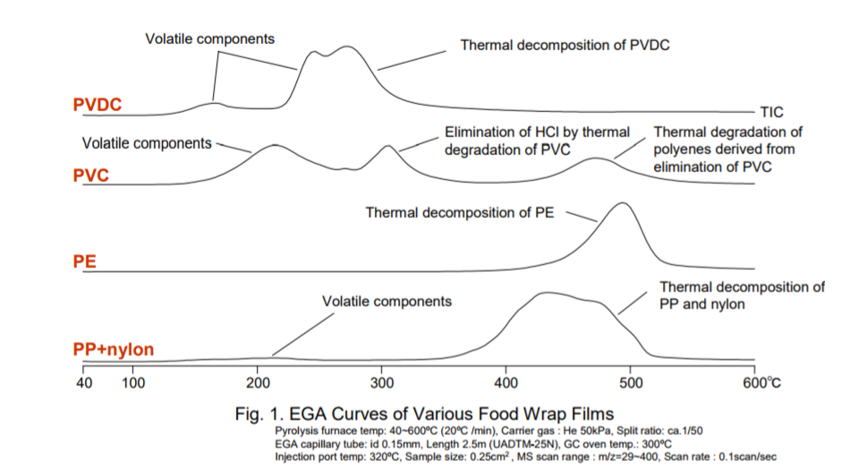 Polyvinylidene Chloride food wrap films were further analyzed using its obtained EGA thermogram which determines the thermal zones that should be individually analyzed. Fig. 2 shows results of Pyrolysis GC/MS analysis of temperature zones A (40~200ºC), B (200~240ºC), and C (240~500ºC) employing MicroJet Cryo-Trap (MJT-1030E). In Zone A, butanol, tributyl aconitate, and tributyl acetylcitrate (CITROFLEX A-4), a plasticizer, as low boiling components were found. In Zone B, tributyl acetylcitrate, tributyl aconitate, and HCl, which had been arisen from the elimination of hydrogen chloride from polyvinylidene chloride, were found. Also found in low volatile Zone C were, in addition to HCl, aromatics and chlorine containing aromatics such as dichlorobenzene derived from the polyene structure. 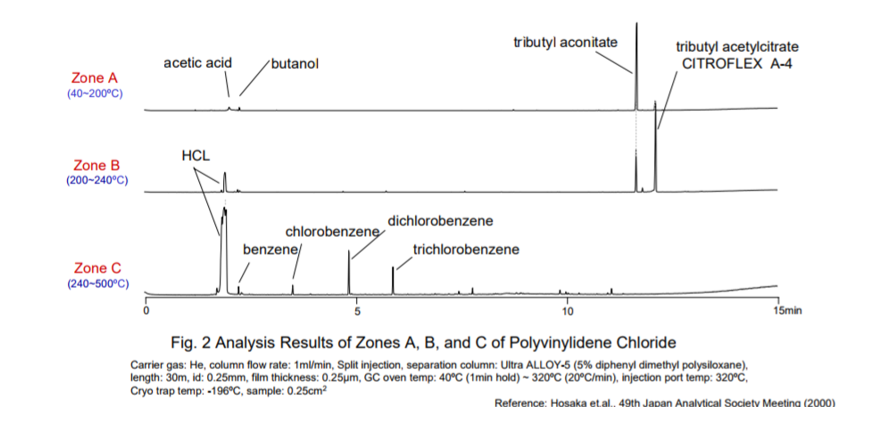 To get more information about the Frontier Multi-Shot Pyrolyzer, simply connect with us at no cost and commitment. You can also call us at 989.941.7717 to speak with a technical representative.