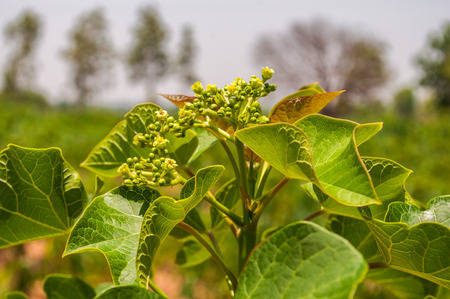 Pressing the seeds of Jatropha, a tropical tree, yields, by weight, 20-30 wt% crude bio-oil and 80-70 wt% press cake. The conversion of the press cake to useful chemicals is of interest. This note illustrates a two-step process which converts a common feedstock to high-value compounds using Frontier Tandem Micro- Reactor. First, the Jatropha press cake is pyrolyzed. The pyrolyzates are then converted to hydrocarbons (BTEX) via a catalytic reaction using a zeolite catalyst.

Frontier Tandem µ-Reactor (Rx-3050TR) installed on the split injection port of GC is shown in Fig. 1. Ca. 0.55 mg of finely powered Jatropha press cake was placed in a sample cup. The cup was dropped into the 1st Reactor (550⁰C) and the press cake pyrolyzed. The pyrolyzates flowed to the 2nd Reactor (550ºC) which was packed with zeolite catalyst ZSM-5 (38 mg). The catalytically converted products were temporarily cryo-focused at the head of the separation column using a MicroJet Cryo-Trap (MJT-1035E) before starting the GC/MS analysis.

Jatropha press cake was pyrolyzed in the 1st Reactor (550ºC) and its program is shown in Fig. 2. Major constituents were C16 and C18 linear chain fatty acids with two double-bonds in their structures. As the pyrolyzates flow to the 2nd Reactor (550ºC) which contains a zeolite catalyst, they are transformed to high-value, monocyclic hydrocarbons: benzene, toluene, xylene and ethyl benzene (Fig. 3). The results shown in Figs. 2 and 3 clearly demonstrate the easiness and effectiveness of the Tandem µ-Rector system for online analysis of catalytically converted products of the thermally degraded materials. 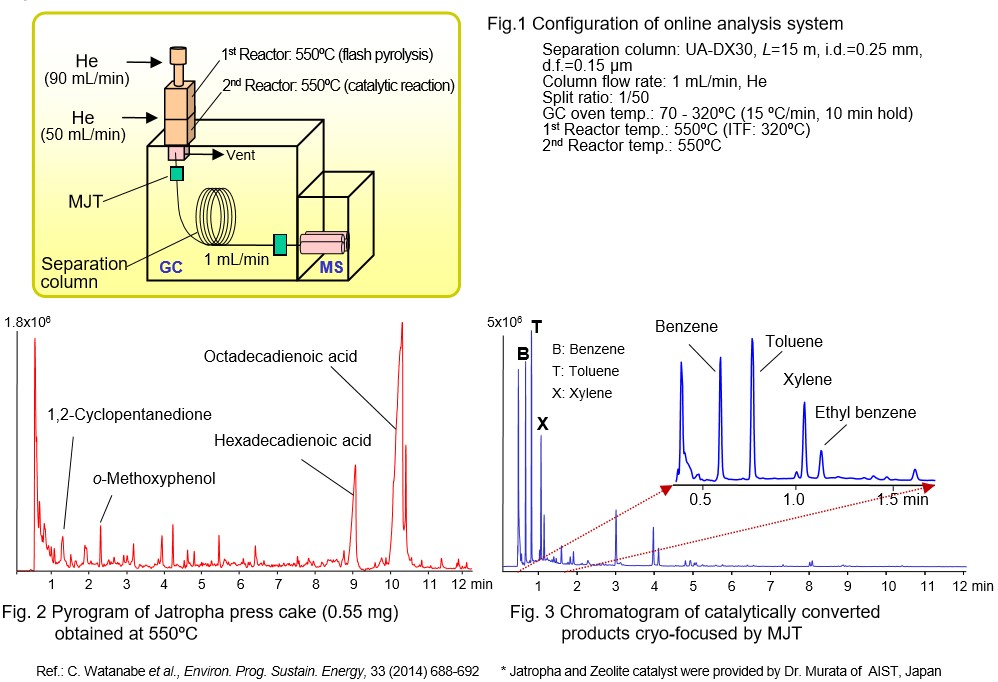